LSD-SLAM and ORB-SLAM was implemented on a Turtlebot robot working under ROS for mapping and exploration purpuses. 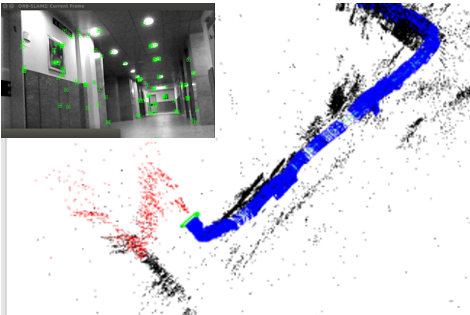 A technology is proposed to map an indoor area for further robotic autonomous navigation capabilities. The proposal is aimed to assist in a greater joint effort of successfully creating a multi-robotic mapping collaboration. The technology is referred to as “simultaneous localization and mapping”, known as, SLAM.

State-of-the-art algorithms which were successfully implemented in the environment were both LSD-SLAM and ORB-SLAM. After comparing the mapping results, as shown further in the full project report, the conclusion was that the ORB-SLAM approach is more reliable and has much potential in the near future.

As part of the joint effort, the project’s main output is a processed online point-cloud of the current obtained map for further use, such as navigation.